Welcome to our support portal. We hope you like it and find what you need. For more up-to-date information and buy our products please visit our ecommerce site www.matrixorbital.com

The HTT series offers full colour TFT displays, with a simple HDMI and USB plug and play interface. The HTT can be configured with a touch screen, providing control without the need of a mouse or keyboard. Designed with industrial applications in mind, the HTT is perfect for panel mounted applications and HMI interfaces. 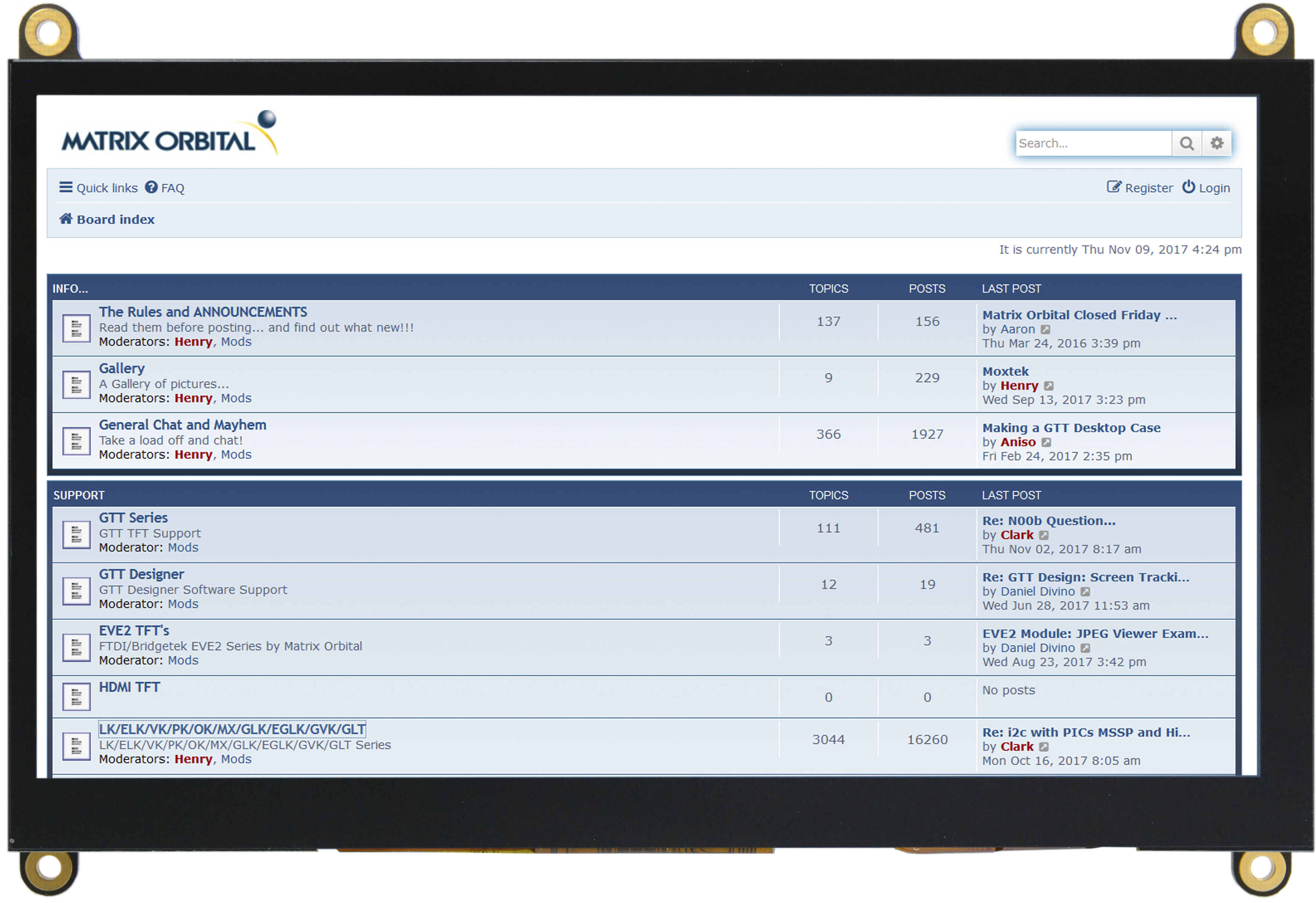 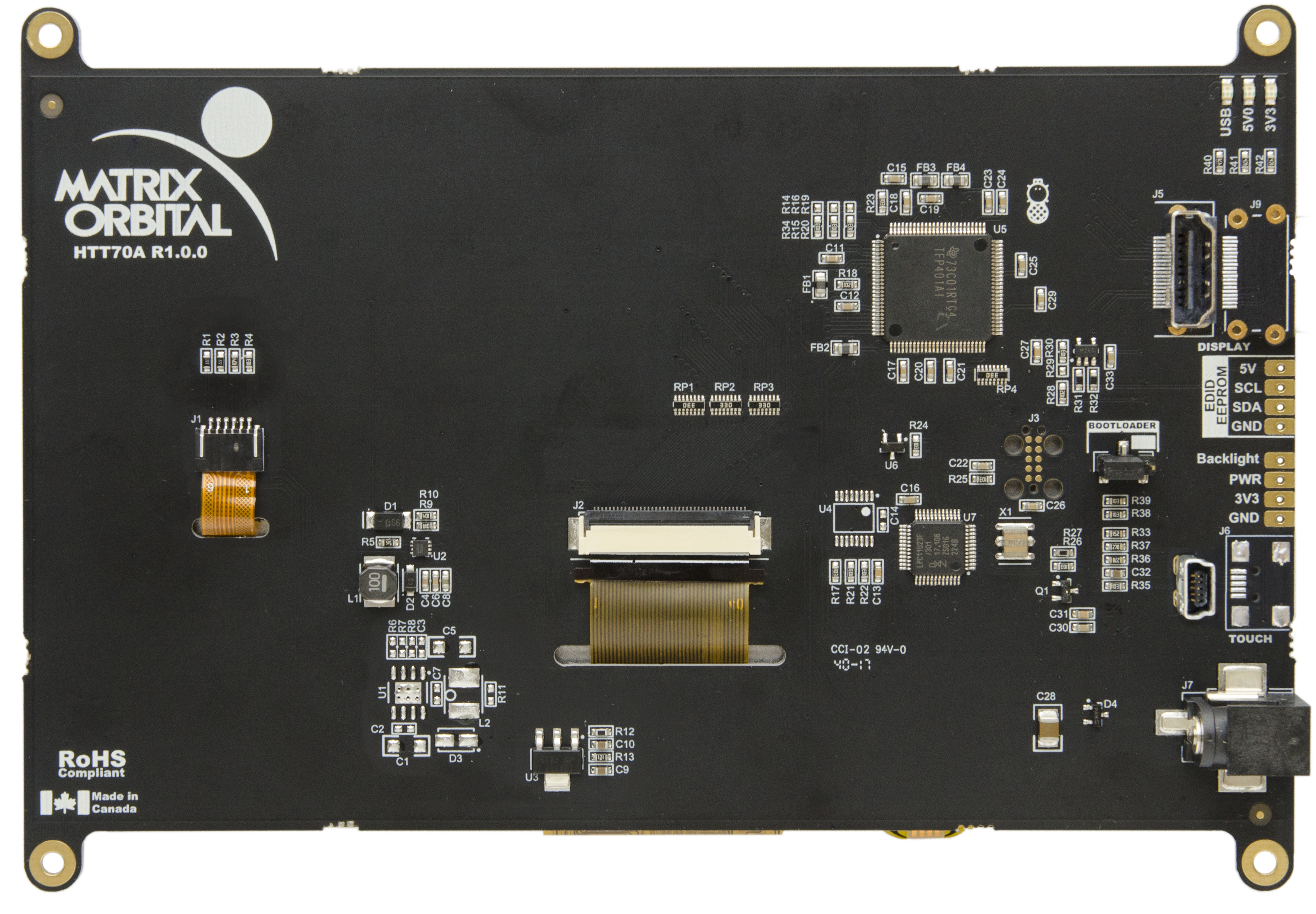